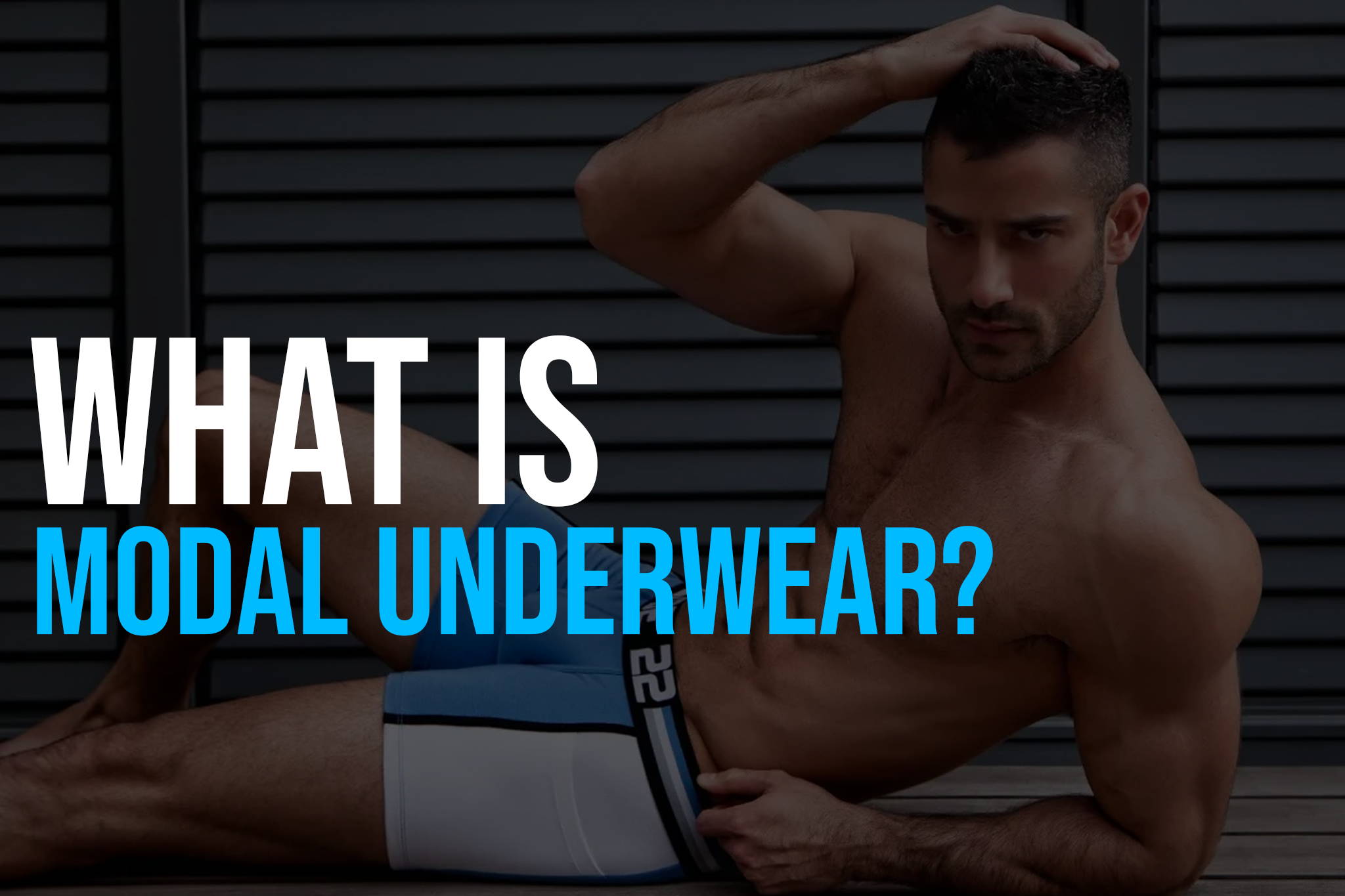 MODAL UNDERWEAR - WHAT IS IT?

Whilst cotton has remained the most popular choice for men's underwear, guys are now finding the benefits of wearing various fabrics - and modal fabric is one of them. After becoming super-popular in the 90's with women's underwear, its now breaking the men's underwear market and for good reason, too.

Modal is a natural fibre, derived from the pulp of beech trees. It was first created in Europe, sometime during the early 20th century. It's very similar to cotton, however it's proven to perform far better than cotton in certain areas.

Why is modal fabric preferred over cotton by some guys? lets take a look at some of the benefits of wearing modal fabrics to better understand why some opt for modal over cotton:

Thats right, modal fabric helps to keep your goods cool and aired all day long. No one likes a sweaty soldier when they get home from work. Or, do they?

Perfect for warmer days where its harder to regulate our body temperature, or those cardio work out thats just don't quit! Whilst modal helps with heat regulation, it also has moisture wicking technology to pick up the slack on those warmer days.

Of course, this is attributed to by the first two benefits, but overall modal is a much more comfortable fabric, especially for all day use. Modal is a softer style of underwear.

WHATS THE DIFFERENCE BETWEEN COTTON AND MODAL?

Softness - Cotton has a smooth yet crisp texture, modal is extremely soft to the touch.

Sustainability - Cotton itself is actually biodegradable, but the manufacturing of cotton is far from eco-friendly. Modal is one of the best fabrics when it comes to sustainability, it uses far more eco-friendly methods of production.

Durability - Cotton tends to wear over time, whereas modal will last a lot longer and can stand washing/drying far better.